How CBD and THC Work Together 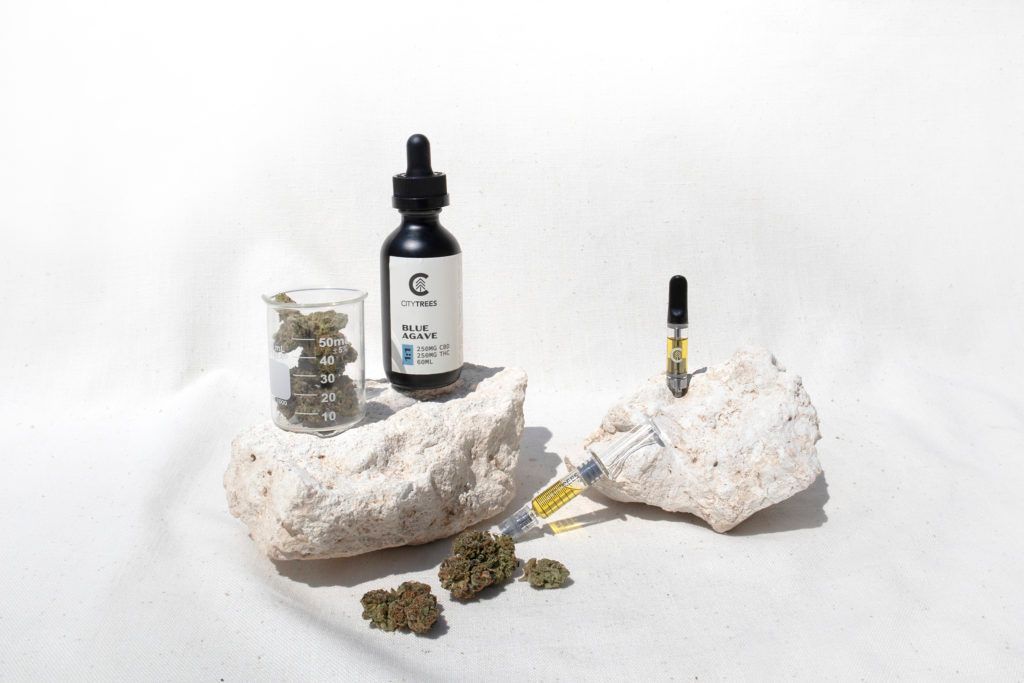 The cannabis plant contains over 120 different Phytocannabinoids. Of these 120 different compounds, the two most researched and well-known are THC and CBD. CBD stands for the compound called Cannabidiol and THC stands for tetrahydrocannabinol.

These two cannabinoids can be consumed separately or together. Although, recently, researchers have proposed the compounds in cannabis work together as a team, and when taken together, they produce a better effect than when taken alone. This theory is referred to as the "Entourage Effect.” Continue reading to learn more about this theory and just how CBD and THC work together to aid your mind and body in a variety of ways.

The Science behind Cannabinoids

Before we get into the nuances of the relationship between THC and CBD, we must first understand just what cannabinoids are and how they interact with the human body.

Since the dawn of time, humans and other mammals have shared a connection to the cannabis plant. It wasn’t until scientists began studying THC in the early 1900s, that this connection was identified: the endocannabinoid system. The ECS is a cell signaling system in the human body that is responsible for regulating a range of functions.

The phytocannabinoids found in the cannabis plant interact with this system. Cannabis Research has linked the following functions to the endocannabinoid system: sleep, appetite, mood, memory, motor function, stress, inflammation, and other immune system responses.

The Endocannabinoid system is complex and not yet fully understood by researchers, but it is important to be familiar with it to understand how CBD and THC work together.

The Endocannabinoid system acts as a cell-signaling system for your body, helping to keep your systems running smoothly. Your body releases endocannabinoids as you need them. They then travel throughout the body and attach to their respective endocannabinoid receptor/s. Once an endocannabinoid is attached to its receptor, it signals your ECS to take action. Once the endocannabinoid has bound and signaled the body, its job is complete and enzymes in the body break the compound down.

Now that you understand the endocannabinoid system, you must learn just how THC and CBD interact with it.

THC, CBD, and the Body

Tetrahydrocannabinol, or rather known as THC, is a powerful cannabinoid because it binds to both CB1 and CB2 receptors. CB1 receptors are found mostly in the central nervous system and are believed to play a major role in the psychoactive effects of cannabis. Due to THC’s powerful ability to bind with CB1 and CB2 receptors, ingesting it can induce a range of psychoactive effects, some being less desirable than others.

On one end of the spectrum, ingesting THC can induce hunger, ease pain, and help people with insomnia. On the other end, it can cause paranoia or anxiety. This is why ingesting THC and CBD together is better.

CBD doesn’t cause the same “high” effect on the body as THC does, and there are no negative effects associated with ingesting it. Unlike THC, CBD does not bind to CB1 Or CB2 receptors. Scientists are unsure of CBD’s specific interaction with the endocannabinoid system, but studies show that it can improve several symptoms.

Some scientists speculate that CBD prevents enzymes from breaking down the endocannabinoids naturally found in the body, allowing them to have more of an effect on your body. Others believe that CBD binds to a receptor in the body that has yet to be discovered. While the details of CBD are unknown, it has been proven to help symptoms associated with an array of disorders and diseases.

The potential negative side effects of THC can be eliminated when the proper amount of CBD is also ingested. Researchers have tried to understand this phenomenon and have come to call their theory: the Entourage Effect.

People can take THC and CBD separately- or together. Yet, research suggests that taking these compounds together is more effective than taking THC or CBD alone. Researchers have labeled this theory as the Entourage effect.

The entourage effect is explained best as a theory that proposes all of the components of the cannabis plant work together as a team and when taken together, they produce a better effect than when taken alone. It is explained that THC enhances CBD’s effect on the body, and vice versa. The entourage effect proposes that all compounds in the cannabis plant have a synergistic relationship and it is proposed that they all enhance each other’s effects.

It has also been suggested by researchers that CBD works in the body to counteract the potentially negative effects associated with THC- such as paranoia, anxiety, and memory loss.

Researchers are excited about cannabis’ potential in the therapeutic and medical world. Studies are being done and research being conducted around the world into CBD and THC’s magical relationship and their benefits. In 2010, the Journal of Pain and Symptom Management published a double-blind study on cannabis treatment for people suffering from intractable cancer-related pain. The goal of the study was to look into the synergistic relationship that exists between CBD and THC and understand how cannabis can better treat people’s pain.

In June 2018, the FDA approved the first-ever drug to contain an active ingredient derived from the marijuana plant. The drug is called Epidiolex and it is used to treat rare, severe forms of epilepsy. This is just the beginning of Cannabis’s debut in modern medicine.

Other studies are researching how CBD and THC can potentially influence the future of PTSD treatment, the prevention of concussions, as well as aiding in the treatment of Alzheimer’s patients. To learn more about THC: CBD ratios and which one is right for you, click here to read our post covering that topic!

KEEP OUT OF REACH OF CHILDREN.
FOR USE ONLY BY ADULTS 21 YEARS OF AGE AND OLDER.